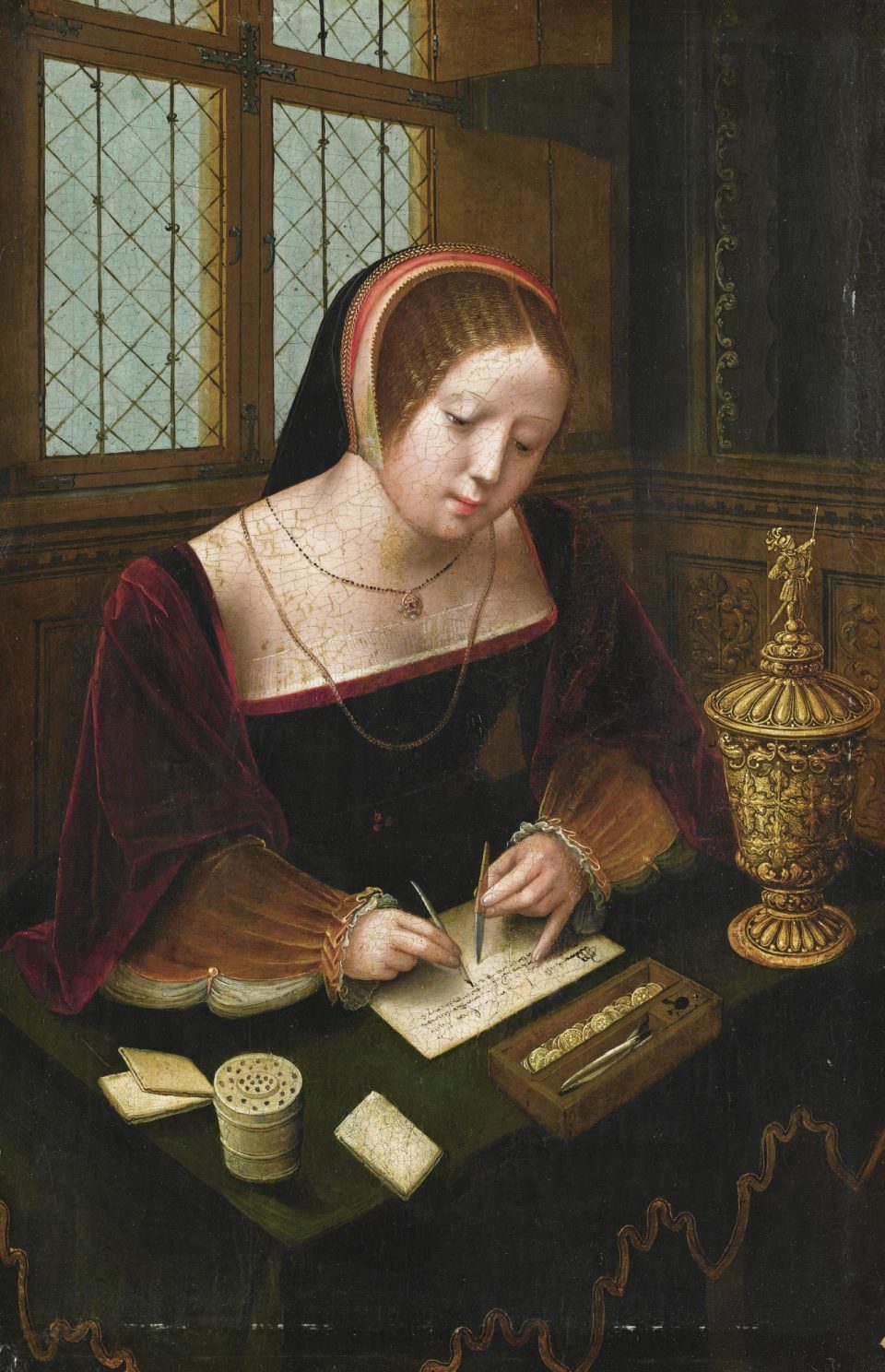 The mysterious artist name, Master of the Female Half-Lengths, was thought up in the 19th century to categorise a group of 67 paintings (to which 40 more have now been added). It’s likely that the paintings, which all depict aristocratic young women at half-length on small panels, were produced by a group of painters or a workshop, although it’s also possible the artist was a single (and rather productive!) worker.  All the young women are engaged in activities such as writing, reading or playing a musical instrument. Some of the women are shown with the traditional symbols of Mary Magdalene – a gilt cup and an ointment jar.

Art historians cannot agree where these panels were painted – Antwerp, Bruges, Ghent, Mechelen and the French court have all been suggested, and even the date of painting is in doubt, ranging from early to late 16th century. Generally, the early 16th century is considered the most likely period in which this artist, or group of artists, produced these beautiful pieces.

Master of the Female Half-Lengths (fl. circa 1500–1530) [Public domain], via Wikimedia Commons