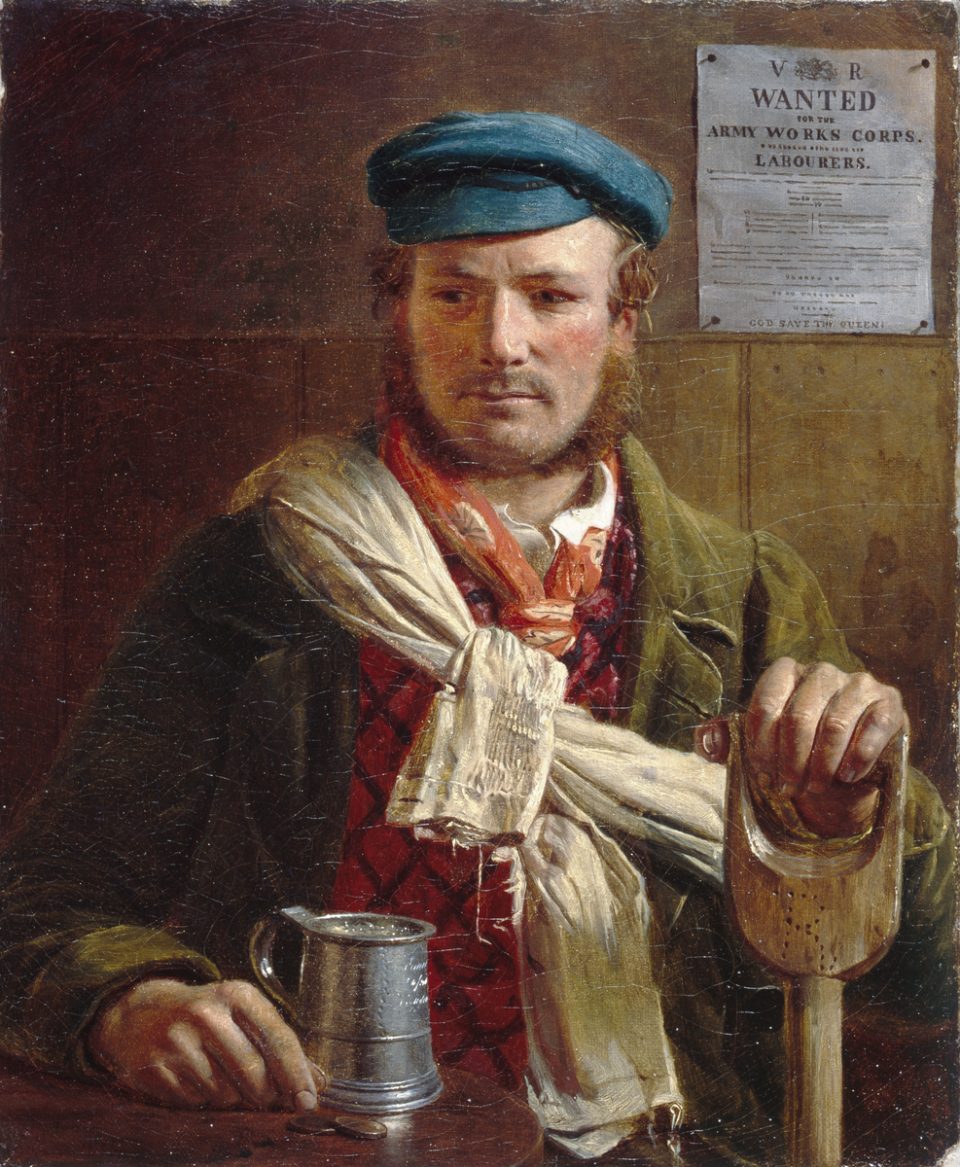 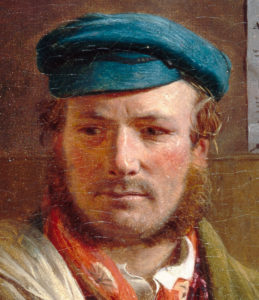 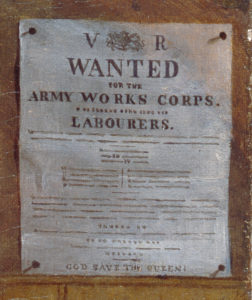 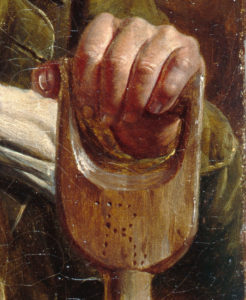 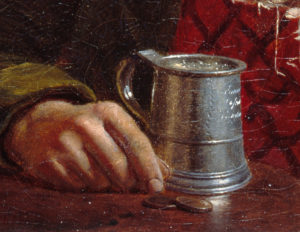 James Collinson (1825-1881) was one of seven founder members of the Pre-Raphaelite Brotherhood, a group of painters in mid-Victorian Britain. He was a quiet, intensely religious young man who is reported to have been stunningly handsome. His paintings show great attention to detail as well as being concerned with contemporary moral issues and, often, moral messages. He later abandoned his painting career in favour of training for the priesthood.

In this painting we see a young man considering whether to sign up for the Army Work Corps in the Crimea, during the Crimean War (1853-1856).

The Army Work Corps replaced earlier gangs recruited to build a railway supply system for the troops stationed in the Crimea. This original workforce gained a bad reputation for indiscipline and was eventually disbanded, to be replaced by the Army Work Corps. This Corps was more organised and supposedly more disciplined than its predecessor, but events did not quite bear this out. Reports of the badly-behaved Corps workers show all the same problems as the previous gangs of men.

“The Army Works Corps”, complained General Simpson, “are by far the worst lot of men yet sent here. It is ruin to our soldiers to be placed in contract with such a set of people, receiving higher pay than themselves.” Conditions were bleak in the Crimea. But despite a climate which was very cold in winter and hot and disease-ridden in summer, there was a scramble to sign up for jobs as work was scarce in Britain at the time. Men from a great variety of trades signed up including manual labourers and artisan workers, and ‘mechanicals’ from the industrial towns and cities of the North.

Diarrhoea and cholera were rife in the Crimea, and life in the makeshift settlements was very uncomfortable according to accounts such as Dick Sullivan’s history ‘Navvyman’ in which is described the sheer misery and bloodiness of the conditions. In the end though, the Army Work Corps made an important difference to the Crimean campaign by completing numerous impressive building projects including miles of railway and road, hospitals and barracks.

Those Navvymen who came home were rewarded with considerable earnings, so perhaps the significant dangers were considered worthwhile by those who survived.

You can see two paintings by John Everett Millais, another founding member of the Pre-Raphaelite Brotherhood : “Glen Birnam” and “ Winter Fuel” elsewhere on this site.