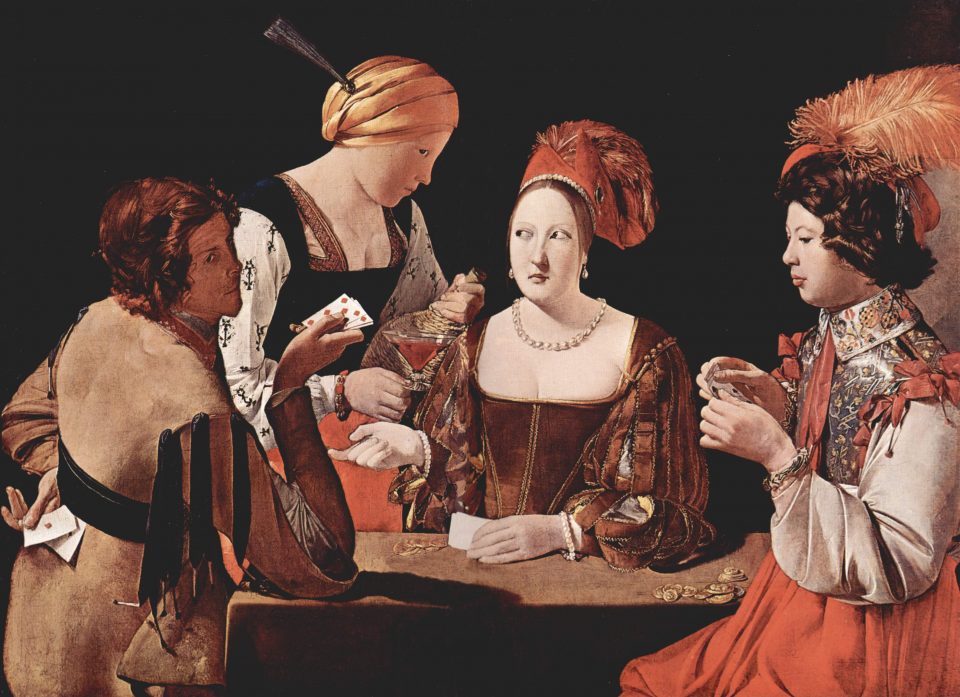 Little has been discovered about the life of French painter Georges de la Tour (1593-1652), although it’s known that he established himself as a successful artist by the 1620s, painting religious and everyday-life scenes for wealthy patrons. Such was his success that he apparently attracted jealousy from his fellow-citizens in Lunéville, France. Undaunted he continued to develop his style and to produce an exquisite body of work some of which survives to this day. A specialist in light effects such as candle-lit scenes, and a master of capturing simplicity and stillness on the canvas, his works are carefully composed with a geometric precision. After his death, he was all but forgotten, his works languishing in obscurity for three centuries before being rediscovered in 1915 by a German scholar. Until then, many of his works had been ascribed to other artists, including to Vermeer, who had himself been rediscovered in the 19th century.

In this painting, we see some mischief afoot, with card sharps comically duping a naïve player at the card table.