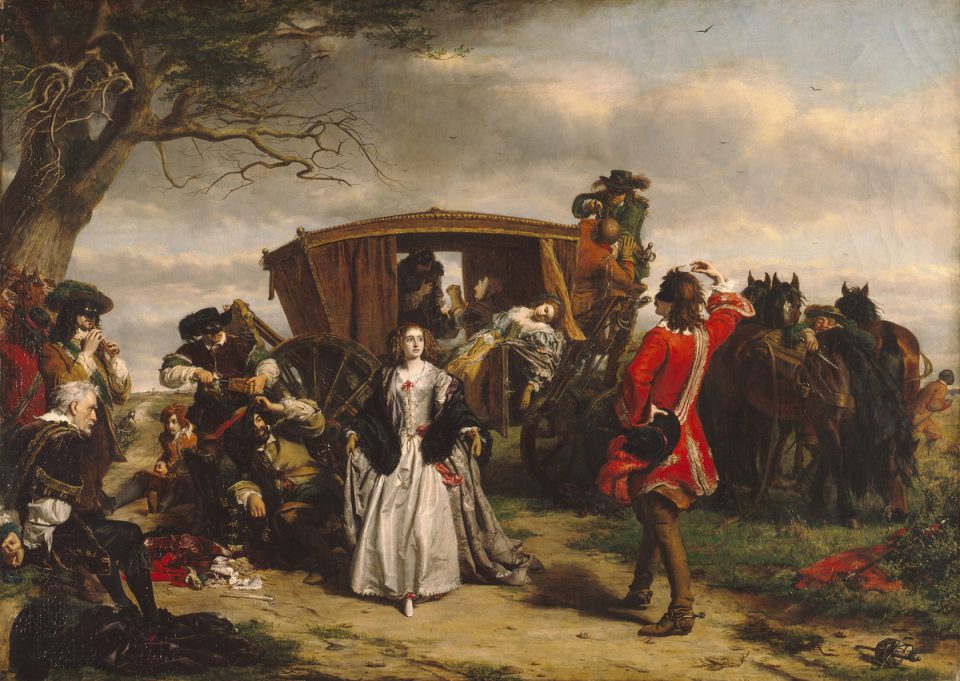 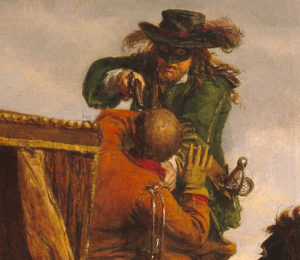 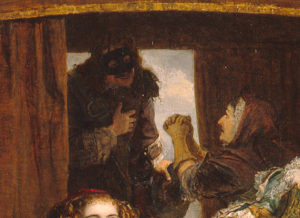 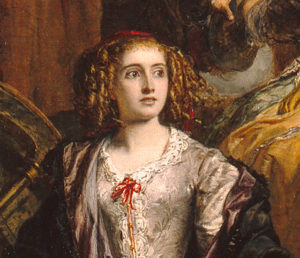 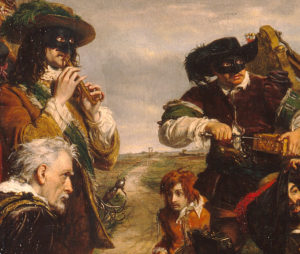 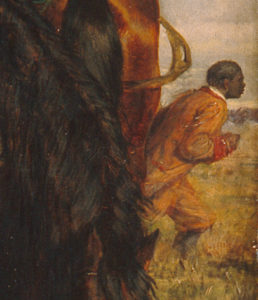 William Powell Frith (1819-1909) was born in Yorkshire, and made his name as a London painter, depicting first literary subjects such as Shakespearian scenes, and then contemporary scenes richly packed with stories and incidents.

Firth’s most famous painting is “Derby Day”, which is a busy crowd scene that was so popular when first exhibited that it had to be railed off to protect it from the throngs of admirers.

“Claude Duval” is typical of his style with its wealth of fascinating details. The subject, Claude Duval, is thought to have been born to an impoverished noble family in Normandy in 1643. It’s believed he was a domestic servant in Paris, before moving to England during the Restoration, where he worked as a footman for the Duke of Richmond (possibly a relation). Legend has it that ‘Du Val’ moved on to more exciting things, becoming a successful highwayman on the roads of London, especially around the areas of Holloway, Highgate and Islington. He is supposed to have been a cut above the ordinary highwayman, showing gentlemanly behaviour, never using violence (so history has it) and dressing fashionably – altogether a charming rogue. The most famous story about him is that he once offered a deal to his captives – he would take only a portion of the loot available if the wife of his victim would agree to dance the ‘courante’ with him at the roadside.

Sadly, even though he was supposed to have been a gentlemanly robber, the law saw no reason to take this into account on capturing him in 1670. Despite efforts on the part of the public, and even King Charles II to save him, he was hanged at Tyburn at the age of 27. His body, on display after his death, drew large crowds as he was by then a figure of romance and legend. He was given a grand funeral at St Paul’s. He is said to be buried beneath the central aisle with this epitaph.

Here lies Du Vall, Reader, if male thou art,
Look to thy purse. If female, to thy heart.
Much havoc has he made of both; for all
Men he made to stand, and women he made to fall
The second Conqueror of the Norman race,
Knights to his arm did yield, and ladies to his face.
Old Tyburn’s glory; England’s illustrious Thief,
Du Vall, the ladies’ joy; Du Vall, the ladies’ grief.