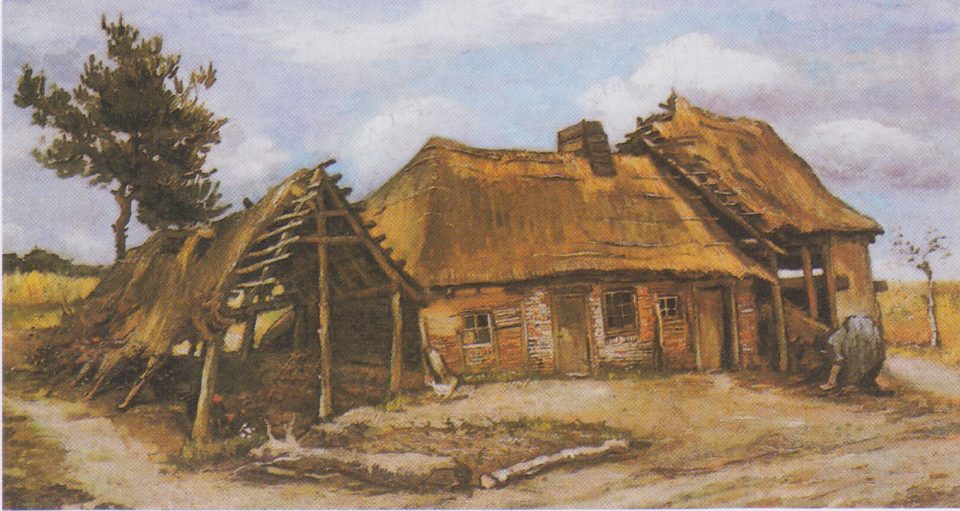 Vincent Van Gogh (1853-1890) is so well-known, second only in stature as a Dutch painter to Rembrandt, that there is now a tremendous amount of information about his life and work. During his lifetime however, he was poor, virtually unknown, and not successful as a commercial artist. Van Gogh, son of a pastor in the Dutch Reformed Church, began working life as a clerk in his uncle’s art dealership in The Hague, where his brother Theo later enjoyed a successful career. Although Van Gogh did well in the firm, working in both London and Paris, he became increasingly consumed by a religious fervor, leading him to study theology and become an evangelical preacher in Belgium. Despite being sincerely devoted to the plight of the poor, Van Gogh was not popular as a preacher due to his fanaticism and his lack of charisma. In 1879 he abandoned religion in favour of becoming an artist, embarking on studies and scandalising his family by taking in a prostitute as his model, with whom he subsequently fell in love. His family cut off connections with him, and only his younger brother Theo continued to support him financially. As Van Gogh moved around, from the Netherlands, to Antwerp and then to live with his brother in Paris, he extended his artistic studies, and met influential artists of the Impressionist movement. However his mental health began to deteriorate. It’s believed now that he may have had bipolar disorder as well as epilepsy, causing him severe depressions interspersed with periods of mania. He also drank heavily. He decided that, to benefit his health, he must move to the South of France, to Arles, to concentrate on healthy outdoor painting subjects. He invited the painter Gauguin to stay and together they laid plans to establish a painter’s colony. The experiment ended in disaster. Van Gogh, strained to breaking point by the challenges he found in Gauguin’s behavior, had a violent argument with his visitor. Following this, he experienced hallucinations and a seizure in which he cut off a part of his ear.

In 1889 he admitted himself to a hospital at St Remy, where he recuperated for a year and produced a wealth of paintings including “The Starry Night”, a great example of his characteristic style of brushwork. As an interesting side note, epilepsy was commonly treated with digitalis (from foxgloves) at the time, and this is known to have caused visual hallucinations consistent with the yellow spots surrounded by coronas, shown in this painting. Van Gogh left the hospital to live near his brother, and to be under his supervision. He began to enjoy some small recognition at this time, from both the public and from respected painters such as Claude Monet, and even sold a painting for a good fee. However, his mental health continued to decline and in July 1890 he shot himself in the chest, dying two days later. Sadly, Theo also died in January 1891. This painting, an early example of Van Gogh’s work, shows the influence of French impressionism with its muted colours and soft brush strokes. As Van Gogh progressed in confidence and ability, he turned more and more to the vigorous brush strokes and electrically bright colours that became his signature style.