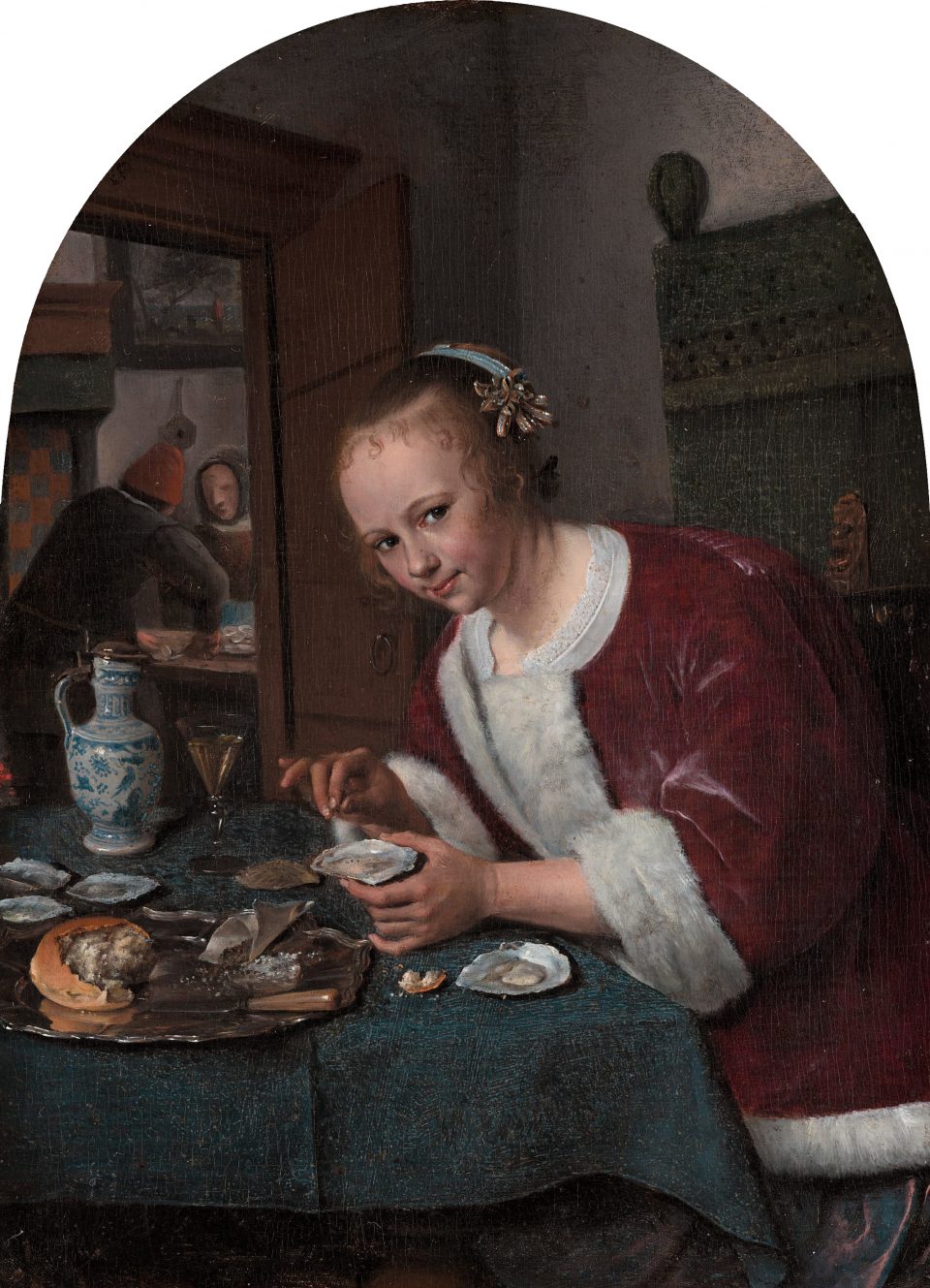 Jan Steen (1625/26-1679) was a Dutch painter of everyday-life scenes. His work is colourful, humorous, and insightful. As a child, he would have seen plenty to inspire his interest in people, being born into a wealthy family of tavern-owners.

Following his training, he began producing lively and popular scenes of domestic life, but his career was punctuated by economic depressions and hardships that severely affected the art market. At these times he turned to his family’s trade, and opened a brewery and later a tavern.

He often used his family as models, and painted several candid self-portraits. Steen had connections with the theatre, and his paintings have an enjoyable theatricality, in fact sometimes being modelled by his actor friends and associates.