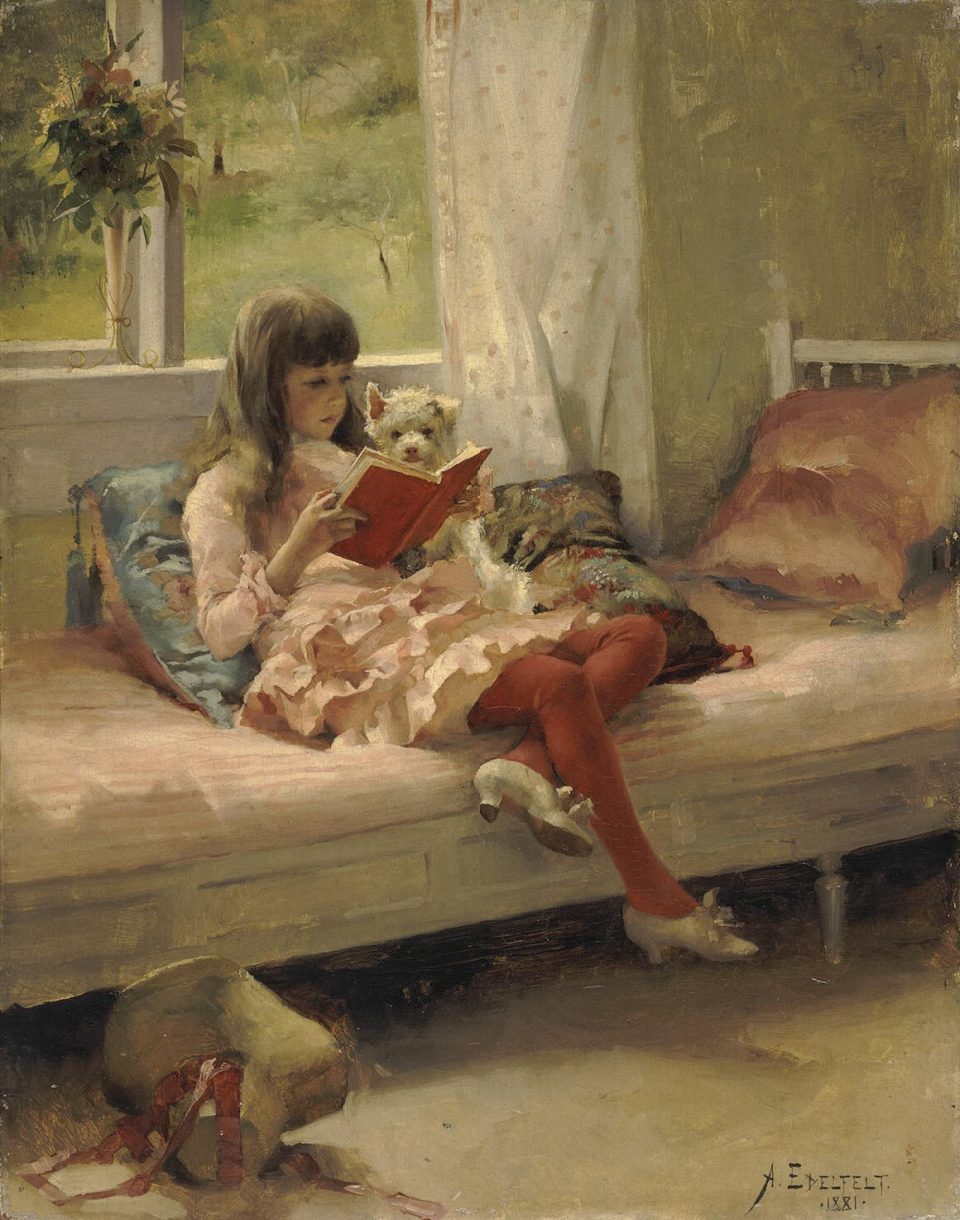 Albert Edelfelt (1854-1905) was a Finnish painter whose works brought the culture and life of Finland to audiences abroad. His architect father’s salary made it possible for Edelfelt to study art professionally. He began his student life in Finland, then went to Antwerp, Paris and finally to St Petersburg. He met several prominent artists along the way who influenced his work.

Said to be something of a lothario, with his dark good looks and his bristling, fashionable moustaches, he married a Baroness but continued with his romantic liaisons nevertheless.

He was the first Finnish artist to achieve international success. He painted many portraits including of Louis Pasteur and the royal family of Russia. He founded the realist movement in Finland and influenced numerous other, younger artists in his home country. His paintings are often filled with light, and are meticulously well-composed. His brushwork is varied, some pieces showing flourishing, loose brushstrokes and some being much more densely painted.

Other paintings by Albert Edelfelt