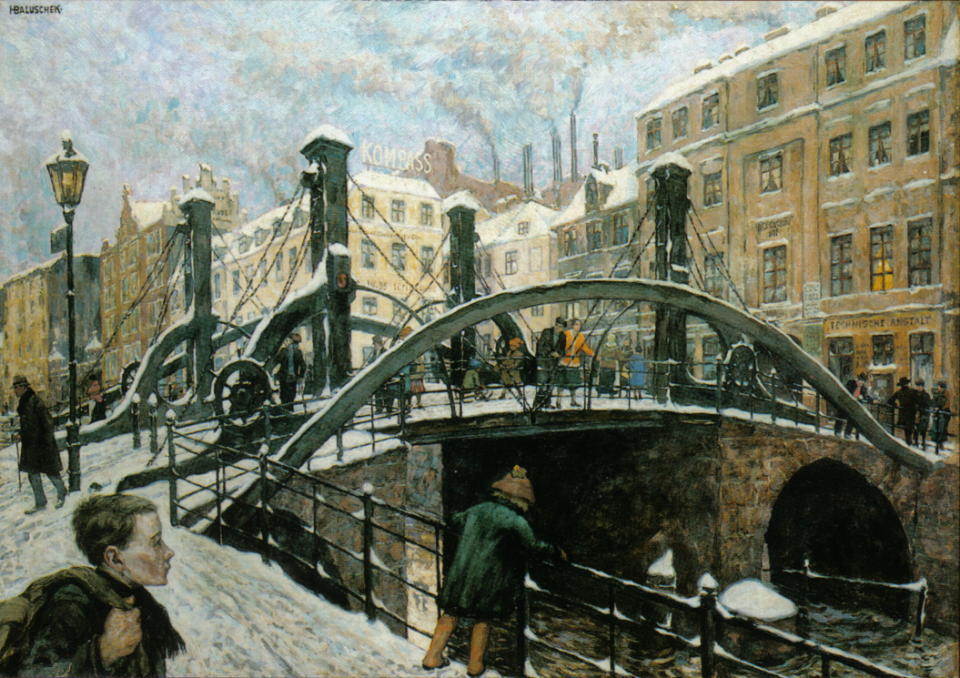 Hans Baluscehek (1870-1935) was born in Germany, in an area that is now Polish territory. He sought to portray the lives of ordinary working people as they really were. His paintings, depicting the drudgery of life for workers in Berlin and elsewhere, reflected his political views. Critics considered his work different and new, although sometimes lacking in finesse and good taste. Despite being in his 40s when the First World War broke out, Baluschek volunteered for service and was posted as a reservist first to the Western and then to the Eastern Front. He survived the war, but the catastrophic aftermath for Germany shocked him, and he distanced himself from the political scene that created the Weimar Republic. In the latter part of his life he created only a few illustrations and a sober self-portrait from which he looks out at us with a thoughtful and solemn expression.

Other paintings by Hans Baluschek