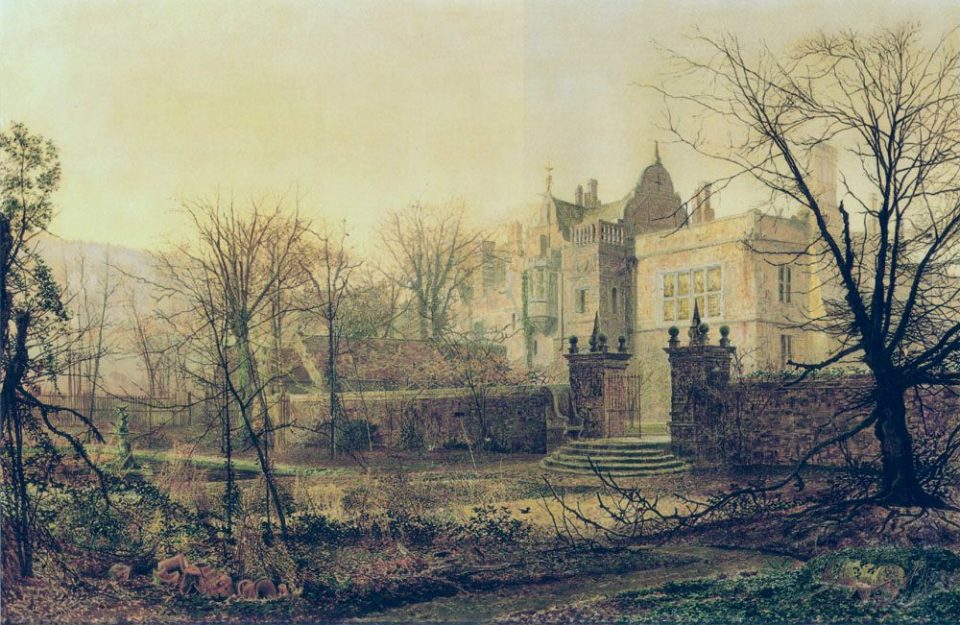 John Atkinson Grimshaw (1836-1893) was born in Leeds and began his working life as a clerk, but, to the consternation of his parents, left this job to be an artist. Happily, he achieved considerable success and popularity. He lived in London for a while, establishing himself in his chosen profession. However, he remained true to his Northern roots and returned there in later life, basing himself at Knostrop Hall in Leeds, West Yorkshire in the 1870s. Knostrop Hall was built in the 17th century and survived until the 1960s when, like so many others of its ilk, it was demolished due to lack of money for its upkeep..

Grimshaw was greatly inspired by the Pre-Raphaelite style, painting scenes in vivid detail and with accurate colour and lighting. He was skilled at capturing seasons and types of weather, and is especially known for his moonlit views of city and suburban streets and of the docks in London, Leeds, Liverpool and Glasgow.