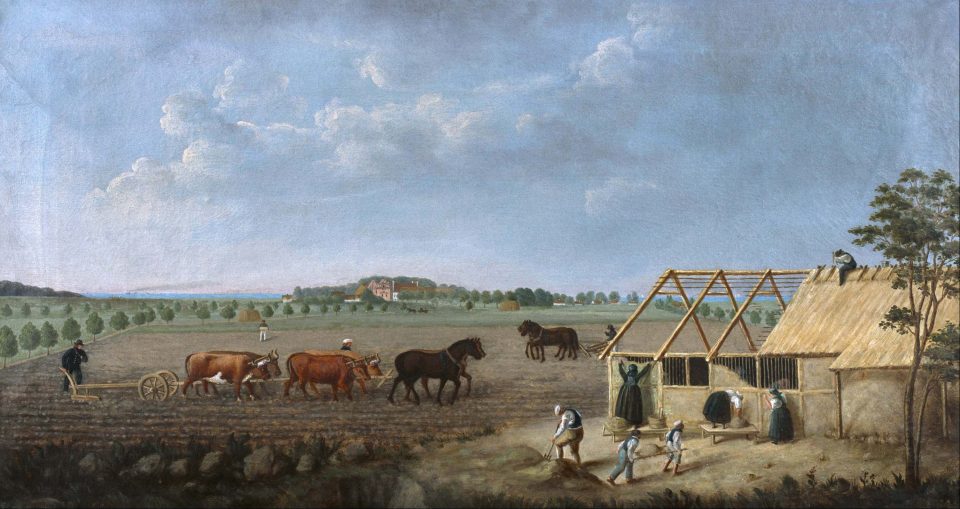 Carl Conrad Dahlberg (1805-1870) was Swedish and mainly known as a portrait painter and decorator. This seasonal painting of spring dating from 1866 is one of four in a series that shows the daily life in the Scanian (south Swedish) countryside during the 1860s. Its record of agricultural activity and the variety of tasks being performed makes it a fascinating historical picture.