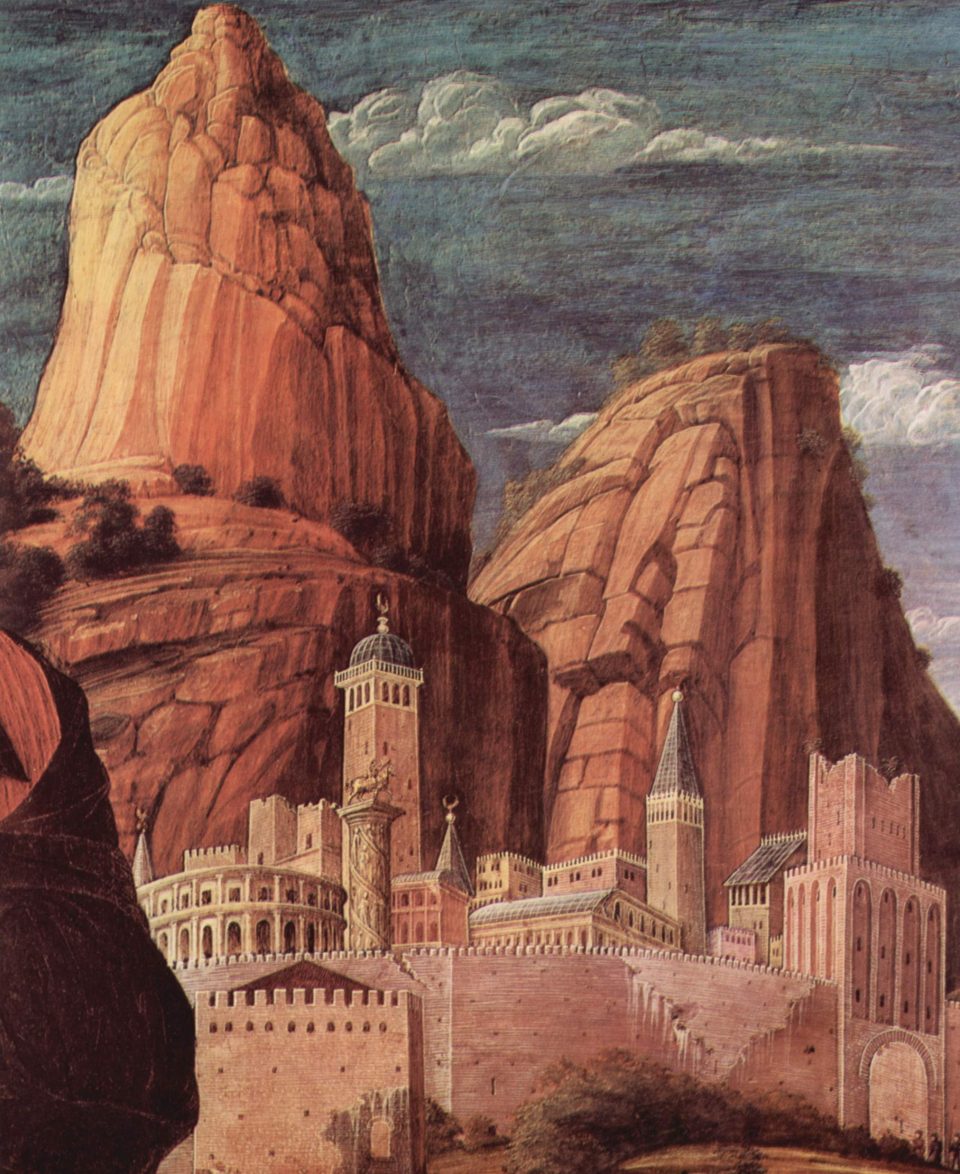 Andrea Mantegna (1431-1506) was a child prodigy. At the tender age of ten he was apprenticed (or legally adopted according to some sources) by Francesco Squarcione, a teacher of painting and collector of antiquities in Padua. Squarcione drew the cream of local talent to his studios, but was himself a volatile character. After some years, he and Mantegna quarreled violently. The young protégé left to set up his own studio, claiming that his precocious talents had been exploited by Squarcione without due recompense. When aged only 17, Mantegna won major commissions and went on to achieve considerable success as an artist. He is known for his clever and innovative use of perspective, his abilities to create spatial illusion and foreshortening and for his sculptural style of painting.