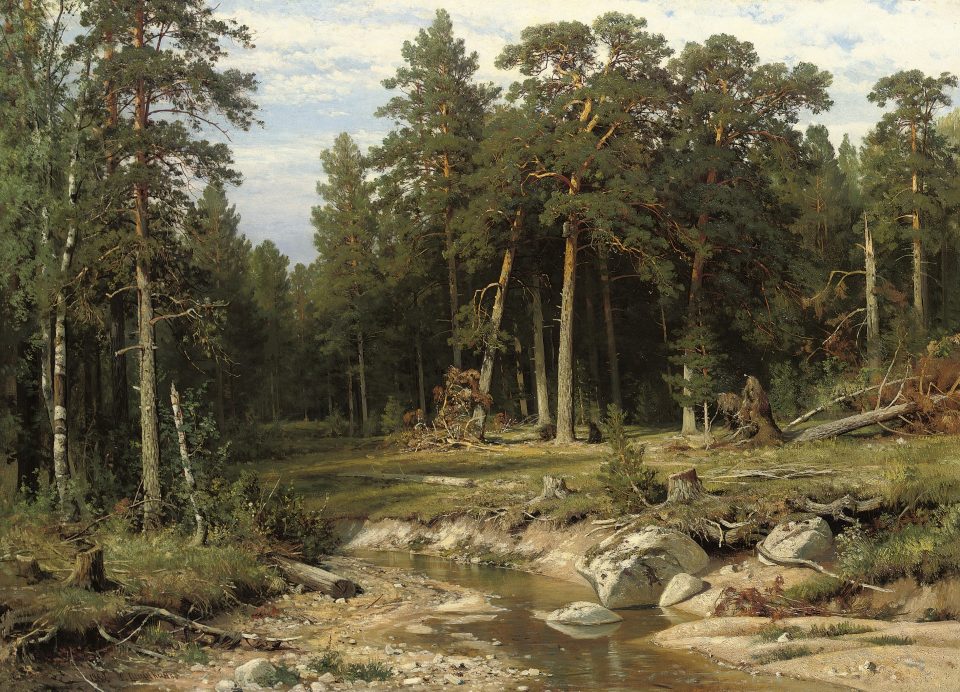 Ivan Ivanovich Shishkin (1832-1898) was a Russian landscape painter who studied at the Moscow School of Painting, Sculpture and Architecture, before going on to win a gold medal at Saint Petersburg Imperial Academy of the Arts. He worked for some time in Switzerland and Germany on a scholarship from the Academy, after which he returned to Saint Petersburg. He was an excellent draughtsman, painter and printmaker, becoming famed for his analytical studies of nature and his atmospheric forest landscapes. He is admired for the poetic way he depicted nature’s seasons in woodland, together with the wildlife of the forest. The planet Shishkin, which was discovered in 1978 by the Soviet astronomer Lyudmila Zhuravlyova, is named after him.