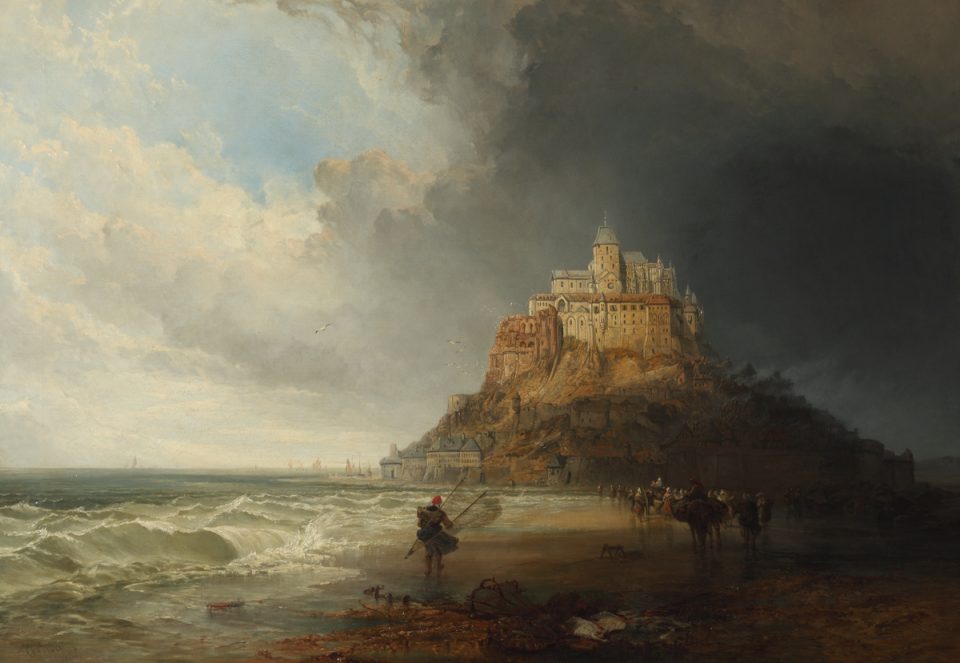 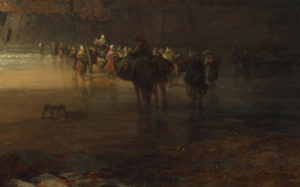 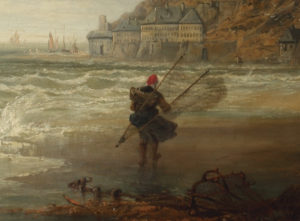 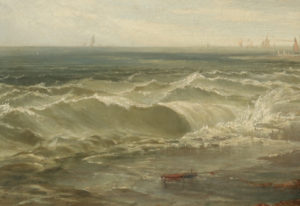 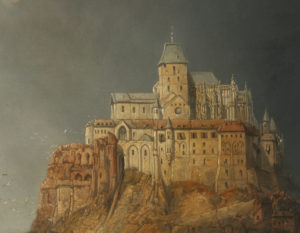 Charles Bentley (1808-1854) was a painter of watercolours and was also trained in aqua-tinting and print colouring. He painted scenes from many areas of Britain, the north of Ireland, Jersey and Normandy, which he visited between 1836 and 1841. He was not successful financially although he exhibited frequently. He was described by a contemporary as “always poor”, which is the sad epitaph of so many artists. He died from cholera at the age of 48 during an epidemic of that disease in 1854, the year this painting is thought to have been painted.