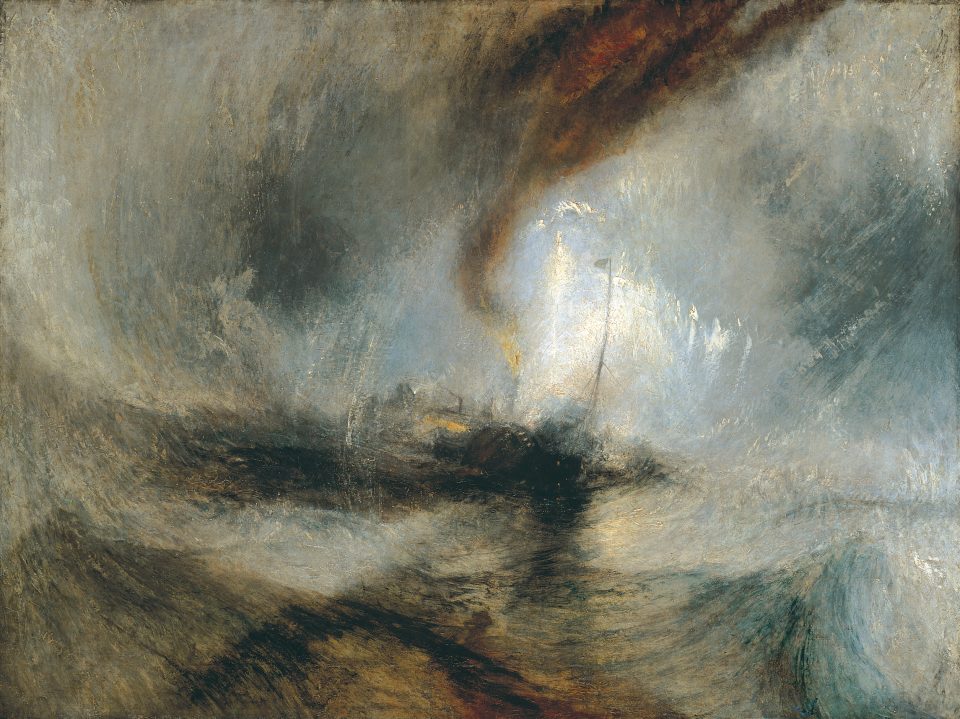 Joseph Mallord William Turner (1775-1851) was an English painter whose special talent was to capture the English light and weather in all its vicissitudes. This oil on canvas work was painted around 1842 in the latter years of Turner’s life.

Turner is considered one of the most original and gifted of all English landscape painters and was a prolific artist. His work became increasingly expressive and loosely painted as he became older. This painting is famous and highly admired, but at the time of production, was attacked by critics as ‘soapsuds and whitewash’.

According to this article by Meryle Secrest, when this work was first exhibited “the public was outraged, scandalized. Mr. Turner, the critics said, had gone mad. Turner was naturally upset, but he had probably expected this response. He took great pains with the title so as to assure his viewers that he had put down on canvas exactly what had happened: a steamboat just off a harbour mouth in shallow water had been battered by a snowstorm. The 64-year-old Turner had ordered himself lashed to the ship’s mast for four hours in the midst of the storm. He said later that he had not expected to survive, but he had more than endured, he had triumphed; and the painting is one of his finest achievements”. Turner’s desire to paint expressively and in ‘plein air’ (the open air, straight from life) was unusual and showed a modern outlook and constant desire to experiment and improve.