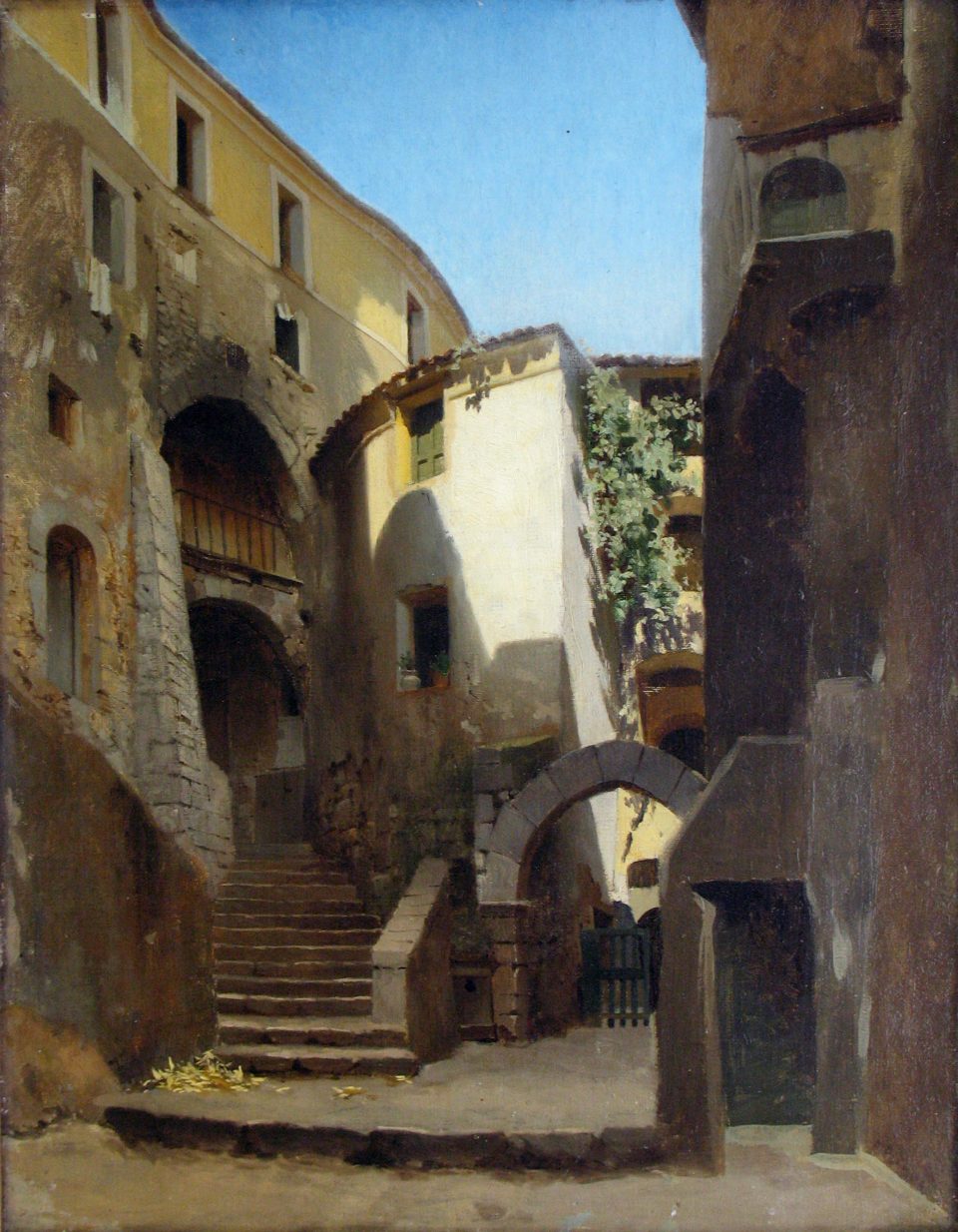 Fyodor Bronnikov (1827-1902) born in Russia, displayed an early talent for painting. He was initially taught by his father who was a decorative painter. When his father died, Bronnikov became an apprentice to a woodcutter, but later attended art academy and then travelled to Italy where he spent much of this life. He was known for his landscapes, historical works, pictures of everyday domestic life, and his portraits. Latterly, he produced a number of paintings reflecting his political views around the evils of slavery, and the harsh realities of everyday life for peasants.