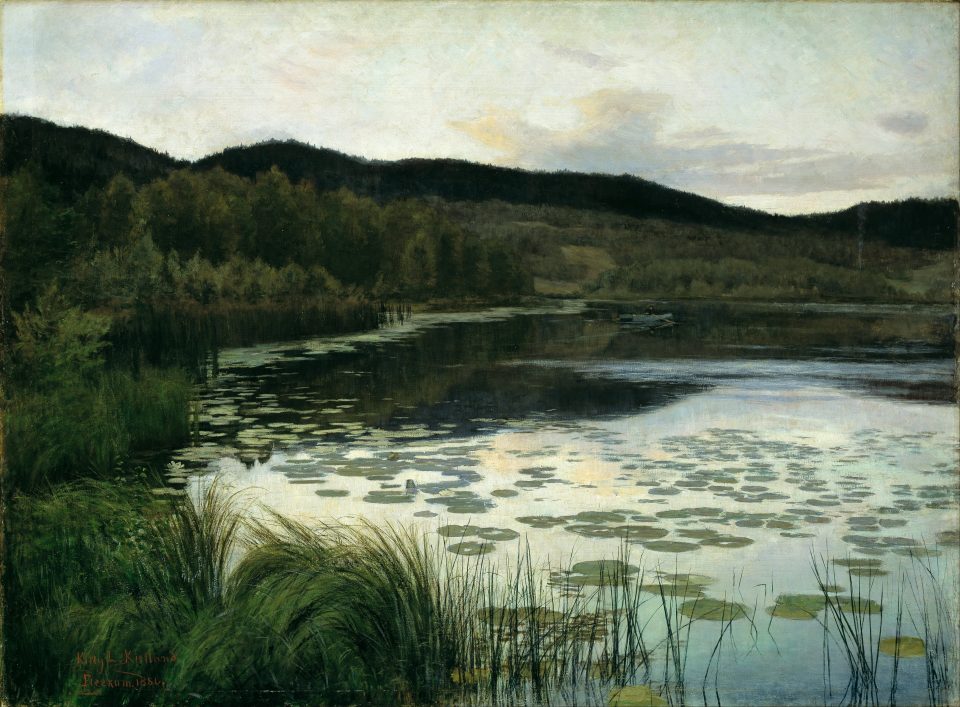 Kitty Kielland (1843-1914) was a Norwegian painter, sister of famous writer Alexander Kielland. Kitty yearned to paint, yet it was not until she turned 30 that she was allowed train formally. She studied privately under one of Norways’ foremost landscape painters, Hans Gude. Being a woman, she was not allowed to join his open classes. Still she progressed rapidly and after two years travelled to Munich to further her studies. In 1876, at the suggestion of former tutor Gude, she visited Jæren in southern Norway to paint its flat, boggy landscape. So much did she take to this area, that she continued to visit and paint it for many years, becoming the first artist to specialize in depicting the monotonous peat bogs, which she imbued with great atmosphere via her realist style. Kielland said that she was so interested in the area around Jæren because of “the grandeur of the landscape and the wealth of poverty“. She was an early feminist, participating eagerly in debates about the rights of women. To commemorate her great talent and spirit, a street in Oslo is named after her.