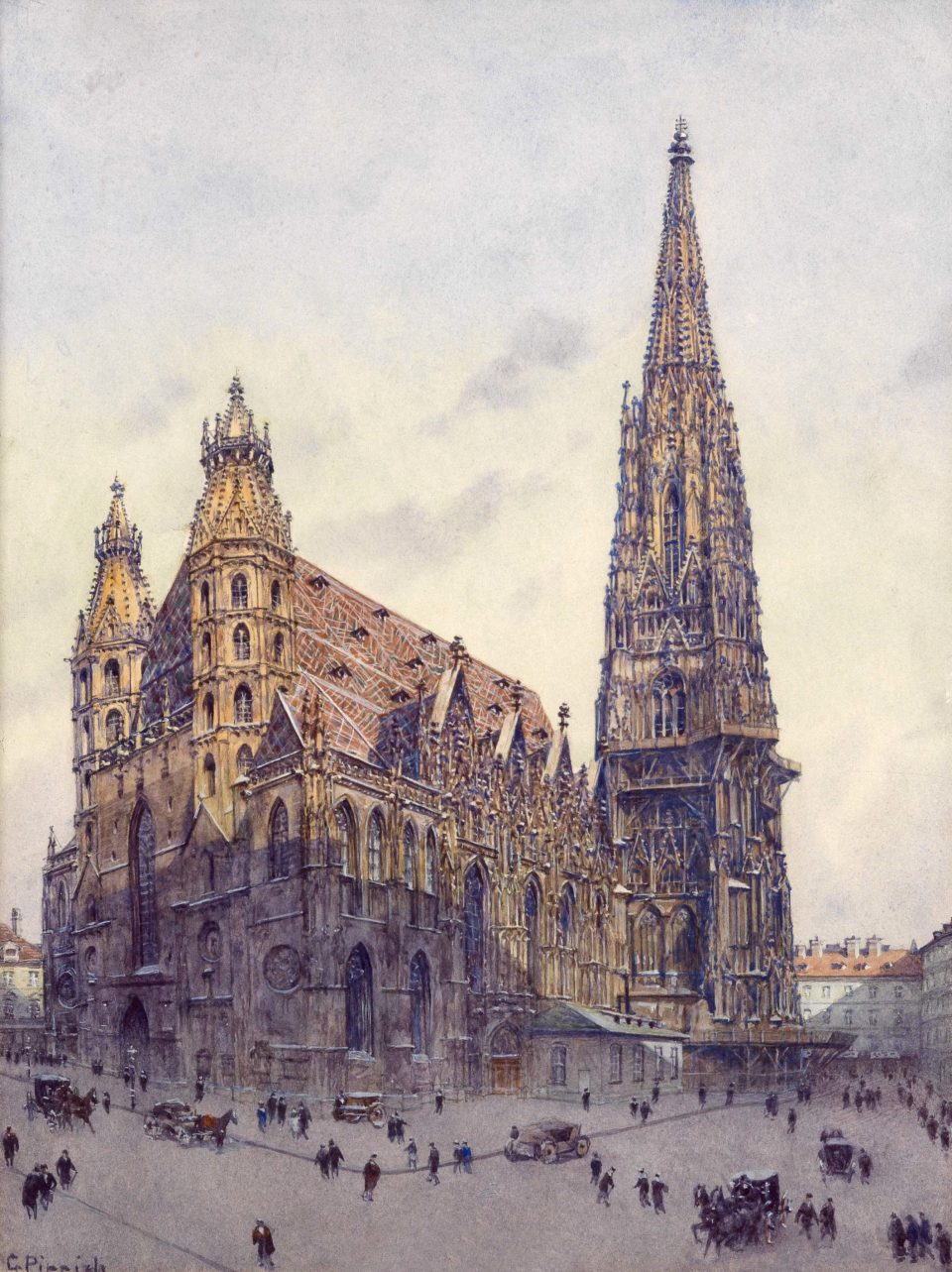 Carl Pippich (1862-1932) was an Austrian painter, about whom little is recorded. It’s known that he liked to depict unusual subjects including factories, municipal facilities and the military. His paintings often have a comic element, such as the painting of soldiers refreshing themselves with a drink, titled “Thirsty Throats” in which one of the soldiers is seen drinking from his brass trumpet. He often worked in watercolour. This painting of the church of St. Stephan, a watercolour, was produced in the year that Pippich died.