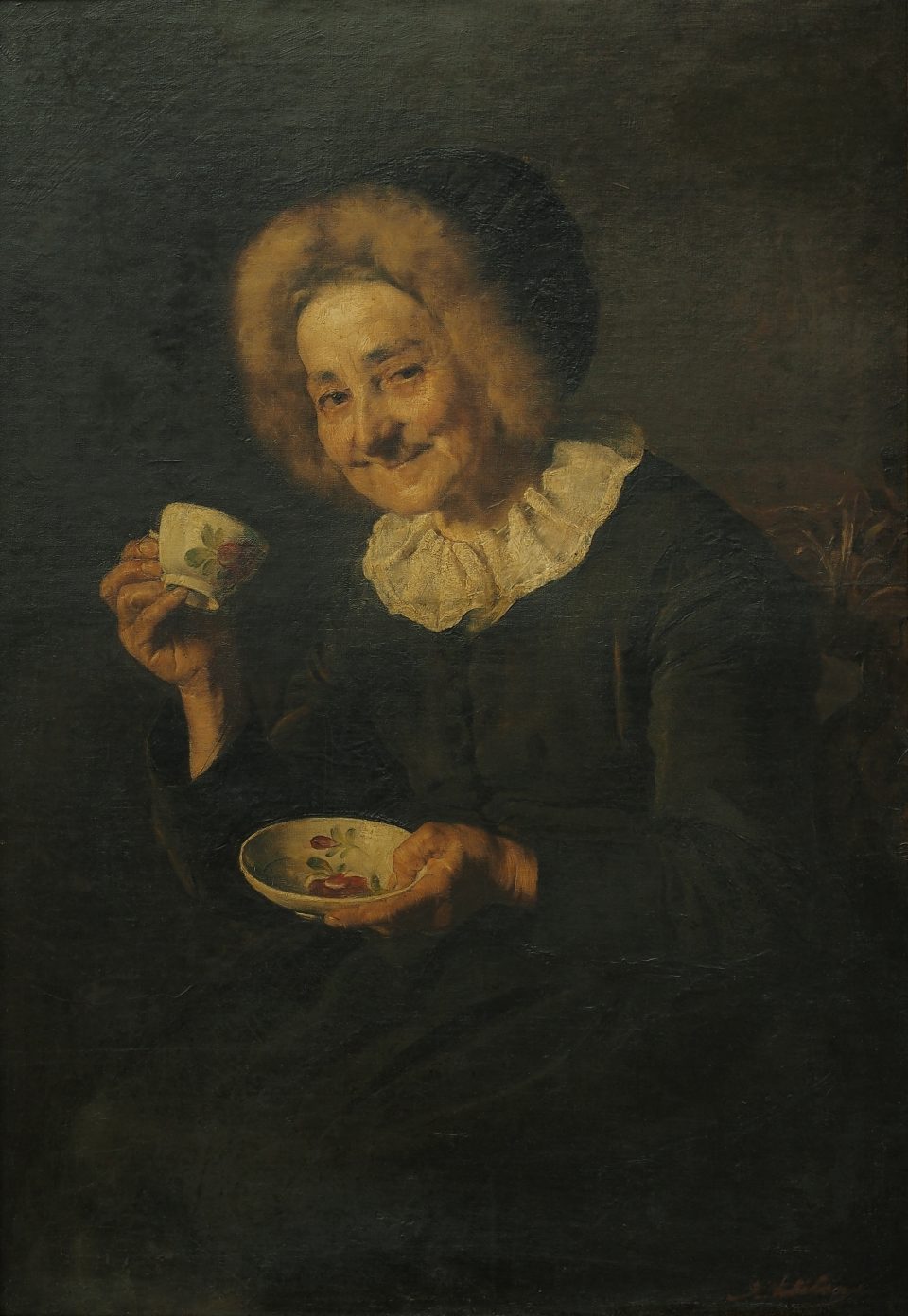 Ivana Kobilca (1861-1926) is Slovenia’s best-known female painter. She studied and worked in several places – Vienna, Munich, Paris, Sarajevo, Berlin and Ljubljana. She specialised in figure paintings, including portraits and domestic scenes. Later she became known for her flower still life paintings. As she matured, her colour palette moved from heavy dark browns to a lighter colour scheme. Late in her career, whilst other artists were moving into Impressionism, she remained locked into her previous style, and her influence and reputation waned. This painting is one of her best-known, and was created at the end of her period of using a dark and brownish palette.