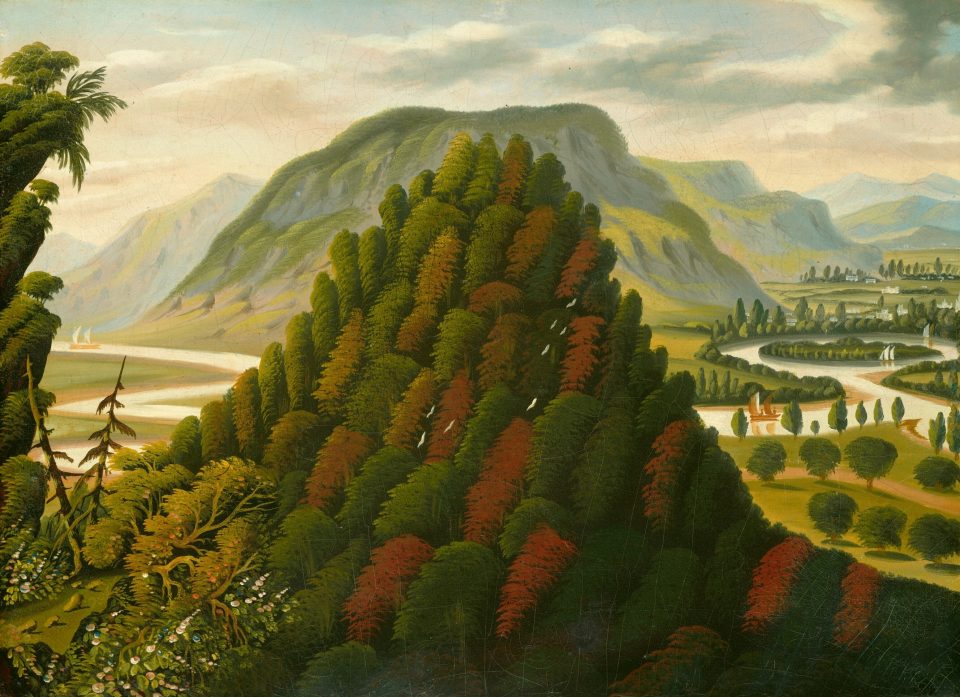 Thomas Chambers (1808-1869) left behind an extraordinarily flamboyant and innovative body of work. His style is expressive and decorative, with confident colouring and composition. His paintings depict landscapes and seascapes. He was obscure during his own lifetime, but his work has since come to be hailed as that of the first American ‘modern’ or ‘modernist’ painter. Almost nothing is known about him, and indeed his identity wasn’t even known until, in the 20th century, two signed paintings of his were discovered, so revealing his name. This painting of the Connecticut Valley is a fine example of his rich and playful style.