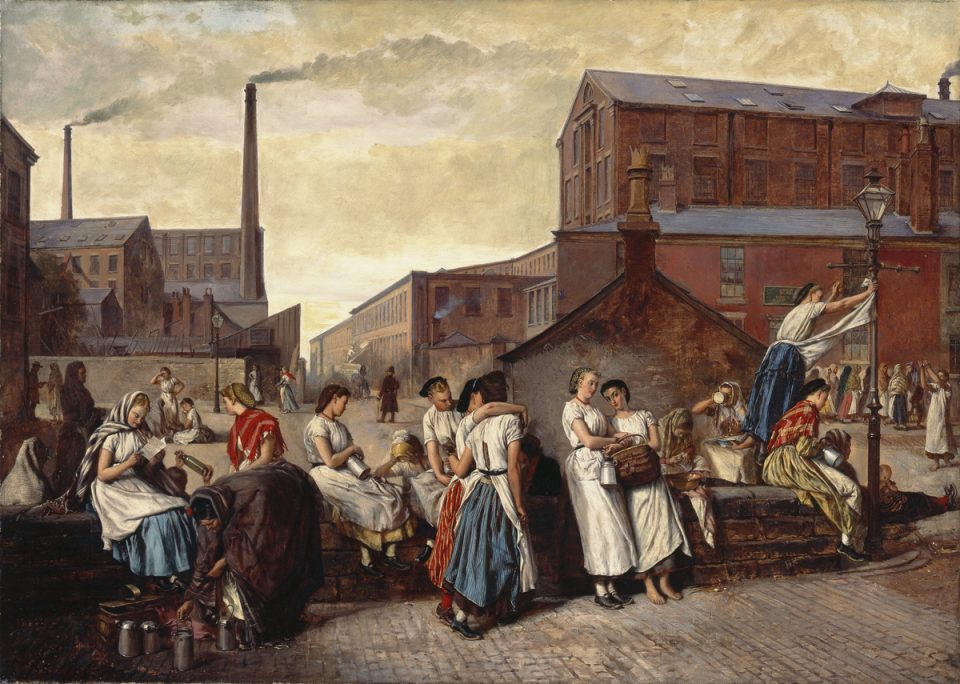 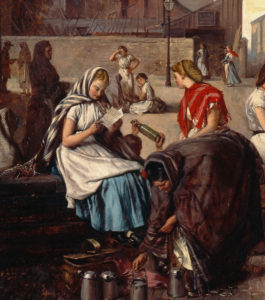 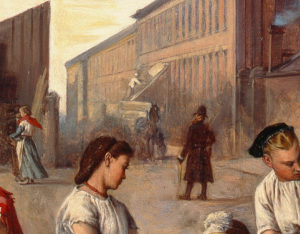 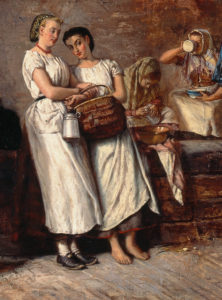 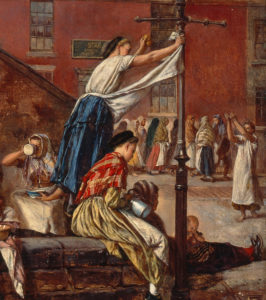 Eyre Crowe (1824-1910) was an English painter who was brought up in France. Coming from a family of journalists (both his father and his brother) it’s perhaps no surprise that, alongside his interest in painting historical scenes, he was also known for painting scenes inspired by social realism. This picture of Victoria Mill, Wallgate, Wigan was created in 1874, and is unusual in that it shows a straightforward and, for the time, an unromanticised view of working people in an industrial setting. It’s considered the most famous of Crowe’s British paintings.