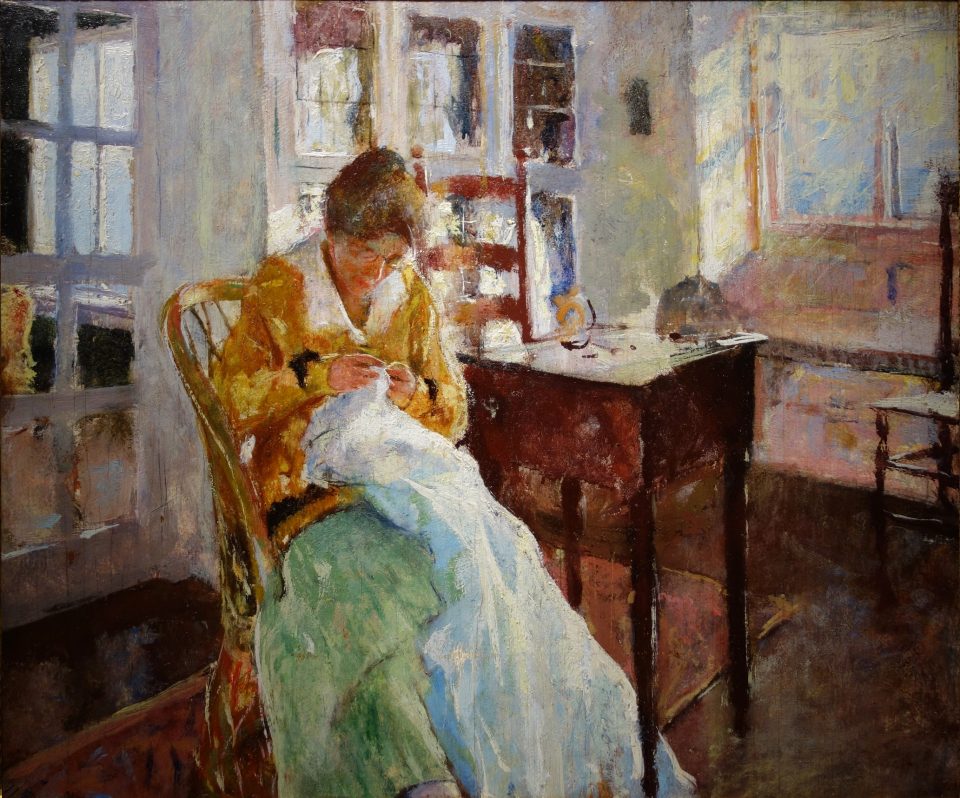 Charles Webster Hawthorne (1872-1930) was an American portraitist, painter and art teacher who founded the innovative and successful Cape Cod School of Art.

He was born in Illinois, but grew up in Maine near the sea, where his father captained trading ships that plied the New England coast. At 18 Hawthorne, despite having shown little inclination towards an artistic career, went to New York to study art. By day he worked as an office boy at a stained-glass factory, and then in night school he drew and painted, soon revealing himself as a talent.

He studied later in the Netherlands and Italy, then shuttled between Paris (in the winter) and Massachusetts (in the summer) where he soon decided to set up his own school. This was the very first outdoor school of figure painting, and Hawthorne’s able teaching and witty critiques earned him a loyal following. His love of the sea and all things coastal kept him at Cape Cod and led him to feature the local fisher folk of the village, and Cape Cod beauty spots in his paintings throughout his career. His sure use of a soft and rich colour palette, and his ability to depict light and tone stand out in his paintings.

By Daderot (Own work) [Public domain or CC0], via Wikimedia Commons