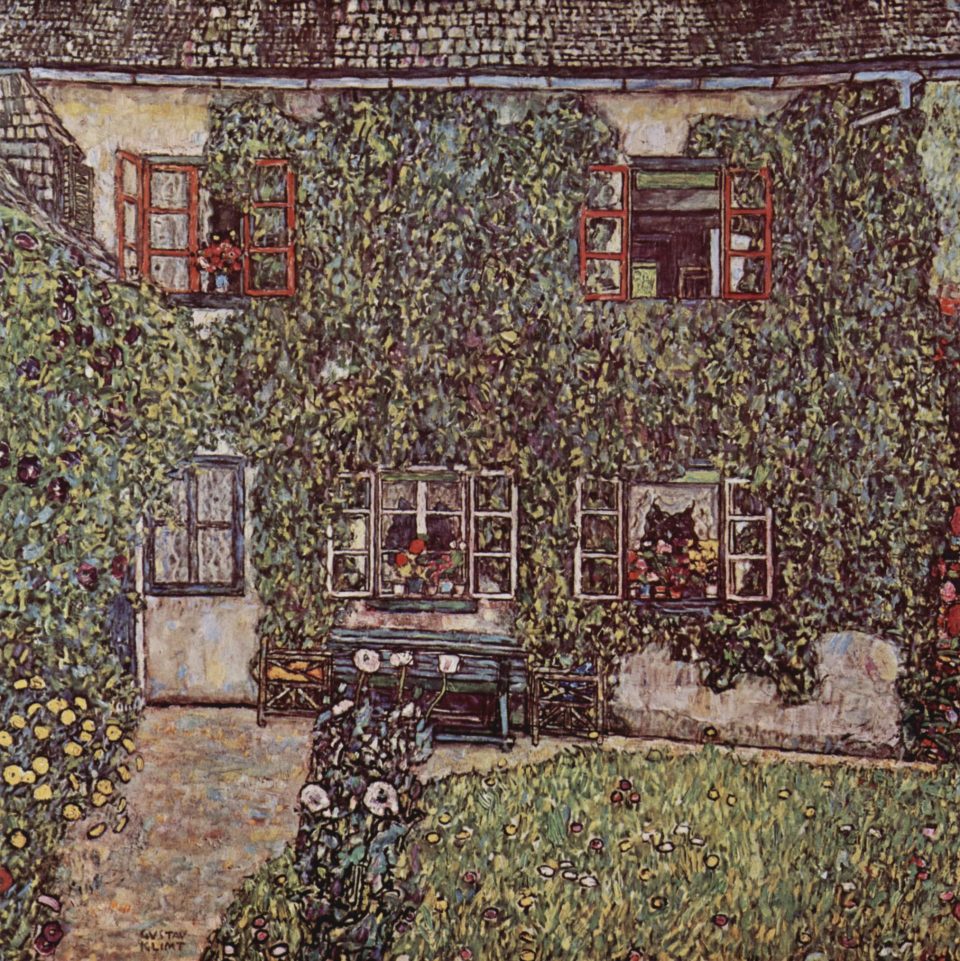 Gustav Klimt (1862-1918) was an Austrian painter best known for his unusual decorative style of painting. Son of artistic parents, he showed early talent and at just 14, gained a scholarship to the Vienna School of Arts and Crafts. His earliest ambition was to become an art teacher, but as his talent grew, he concentrated his efforts on becoming a mural painter alongside his brother and a friend. Until this time, he had worked within the traditional styles of the day. Then in 1892 tragedy struck. Both his brother and his father died, causing Klimt to abruptly reject his former training and embrace a new style of symbolism and eroticism that caused some indignation when first exhibited. However Klimt’s career went from success to success as he entered his ‘Golden Phase’ of producing 2-dimensional portraits ornamented with gold leaf, in the style of Byzantine mosaics. These icon-like images were principally of women, and indeed Klimt went on to concentrate on painting women for the rest of his career, in various stages of undress or complete nudity. He never married but had numerous affairs and fathered 14 children. His landscapes were often painted when on summer holiday in Austria.