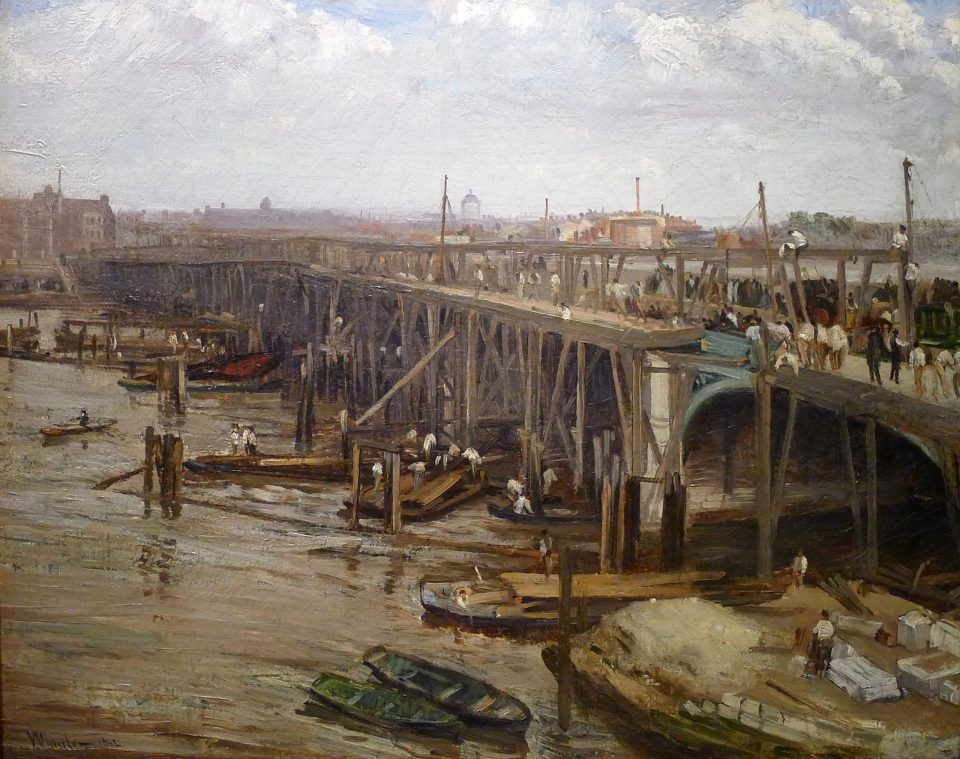 James Abbott McNeill Whistler (1834-1903), born in America, was a moody child whose parents found that painting settled his temper and therefore encouraged his young talent. After his father died, his mother sent him to school hoping he would train for a career in the church. But this was not to be, and he left school to attend a military academy. Here he was not a success either, being considered poorly disciplined, messy and insolent. He was eventually dismissed after which he took up painting.

Setting himself up in Paris, and then later in London, he enjoyed growing success and recognition as an innovative painter of landscapes, everyday scenes of life, and portraits. He did not believe in flattering his sitters however, and being painted by him was something of a trial as he worked very slowly and demanded lengthy modelling sessions from all his patrons. For these reasons, he was not as popular a portraitist as he might have been. His most famous portrait is that of his mother, a monochromatic, deceptively simple and stylish composition that has been much parodied since its first appearance. Initially, the painting enjoyed mixed reactions, because of its unsentimental approach during a Victorian age when sentiment and decorative clutter were the vogue.

Whistler was a self-publicist and said to be rather egotistical, but there is no doubt that he had a unique style that influenced many artists around him

In this painting of Old Westminster Bridge, we see the demolition of the 18th century bridge that spanned the Thames. This bridge was built to relieve traffic congestion on the Old London Bridge, but as the 19th century progressed, it became apparent that this newer bridge too was insufficient for London’s growing traffic problems. In 1862, Old Westminster Bridge was demolished to make way for the new Thomas Page bridge. This stylish construction with its seven iron-ribbed elliptical arches is still in use today. You can see a depiction of this new bridge in the painting “Reflections on the Thames” by John Atkinson Grimshaw elsewhere on this site.

You can read more about the Old Westminster bridge here.