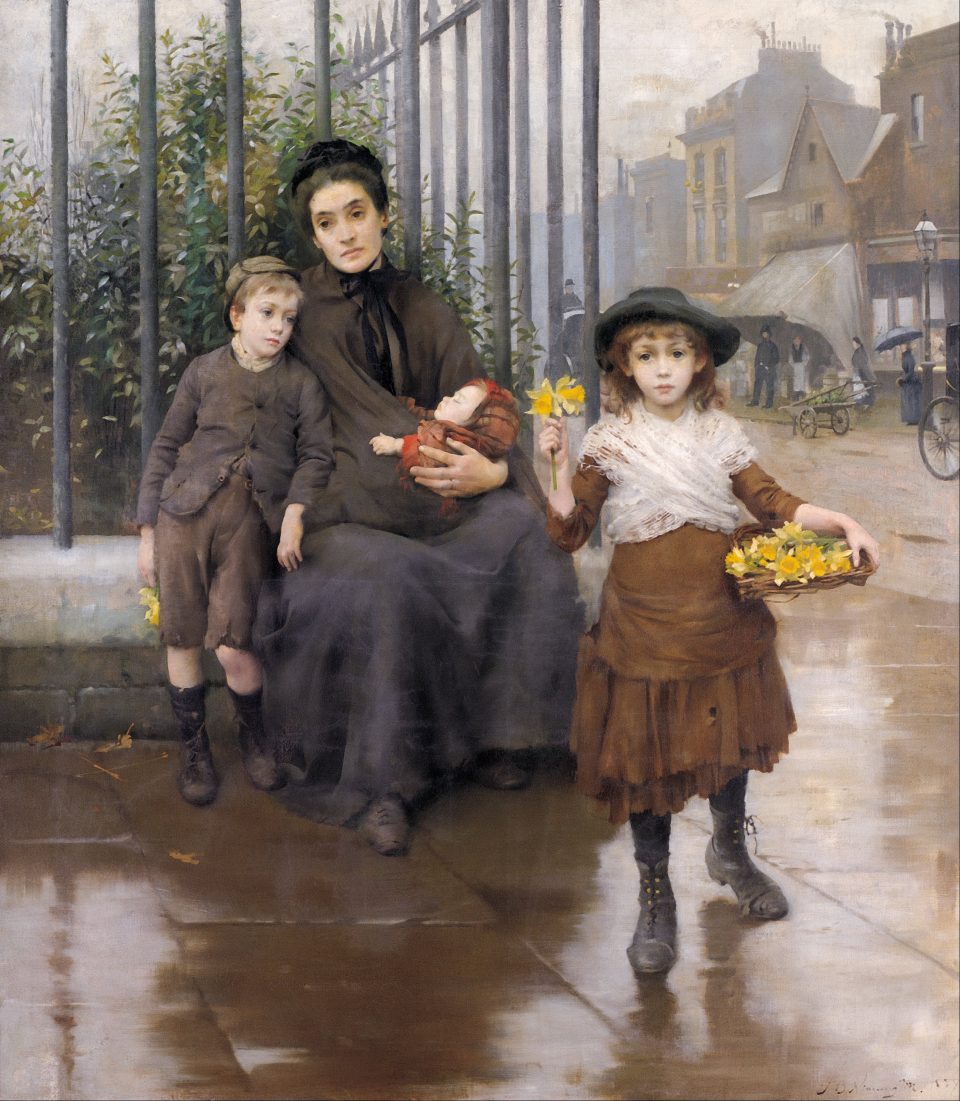 Thomas Kennington (1856-1916) was born in Grimsby in Lincolnshire, and studied art first in London and then in Paris. He returned to England after his studies and set up a studio in Chelsea. A highly-accomplished figure painter, he became known both for his idealized domestic scenes and his social realist paintings. These latter sought to depict the plight of the poor – orphans, homeless people, hungry families trying to scrape a living by selling street goods – in a way that played on the consciences and emotions of the onlookers.