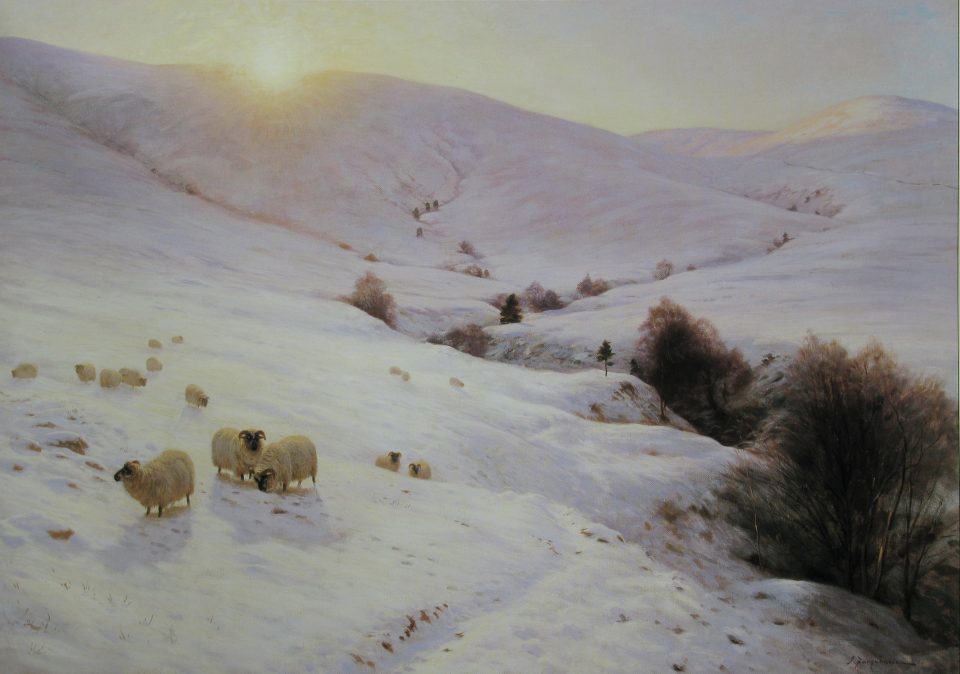 Scottish landscape painter, Joseph Farquharson (pronounced Farkerson) was born in 1846 and died in 1935. A Scottish laird with estates in the Highlands, he is most famous for his snowbound wintery landscapes featuring sheep, often at sunrise or sunset.

He was educated in Edinburgh and permitted by his father to paint only on Saturdays using his father’s paint box.

On reaching 12 years old, Farquharson’s father bought him his first set of paints and only a year later he exhibited his first painting at the Royal Scottish Academy.

Many of Farquharson’s paintings feature unusual and often lengthy titles. Many of them were taken from poems by Burns, Milton, Shakespeare or Gray.