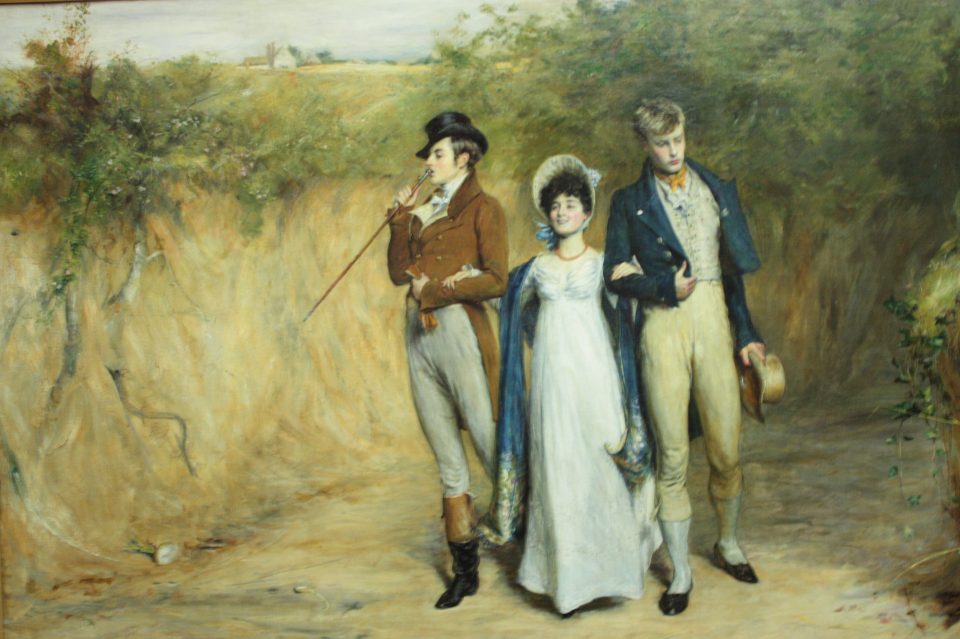 John Pettie (1839-1893) was a Scottish painter, whose parents initially objected to his choice of career as an artist.  Pettie overcame their protests by presenting them with an example of his work, a portrait of the village carrier’s boy and donkey. Pettie’s parents were so impressed that they agreed for him to study art.

Pettie became a successful book illustrator in his early years, and later had his paintings accepted by the Royal Academy of Art. He spent most of his adult life in England, where the art world recognised him to be both a rapid and hard worker, and a very fine colourist and draughtsman. He derived much inspiration from the novels of Sir Walter Scott, producing many historical romantic-style paintings. “Two Strings to her Bow” is a good example of his witty illustrations. It appears to be from a series or perhaps a novel, as there are other associated images in existence, of the same figures in different configurations.