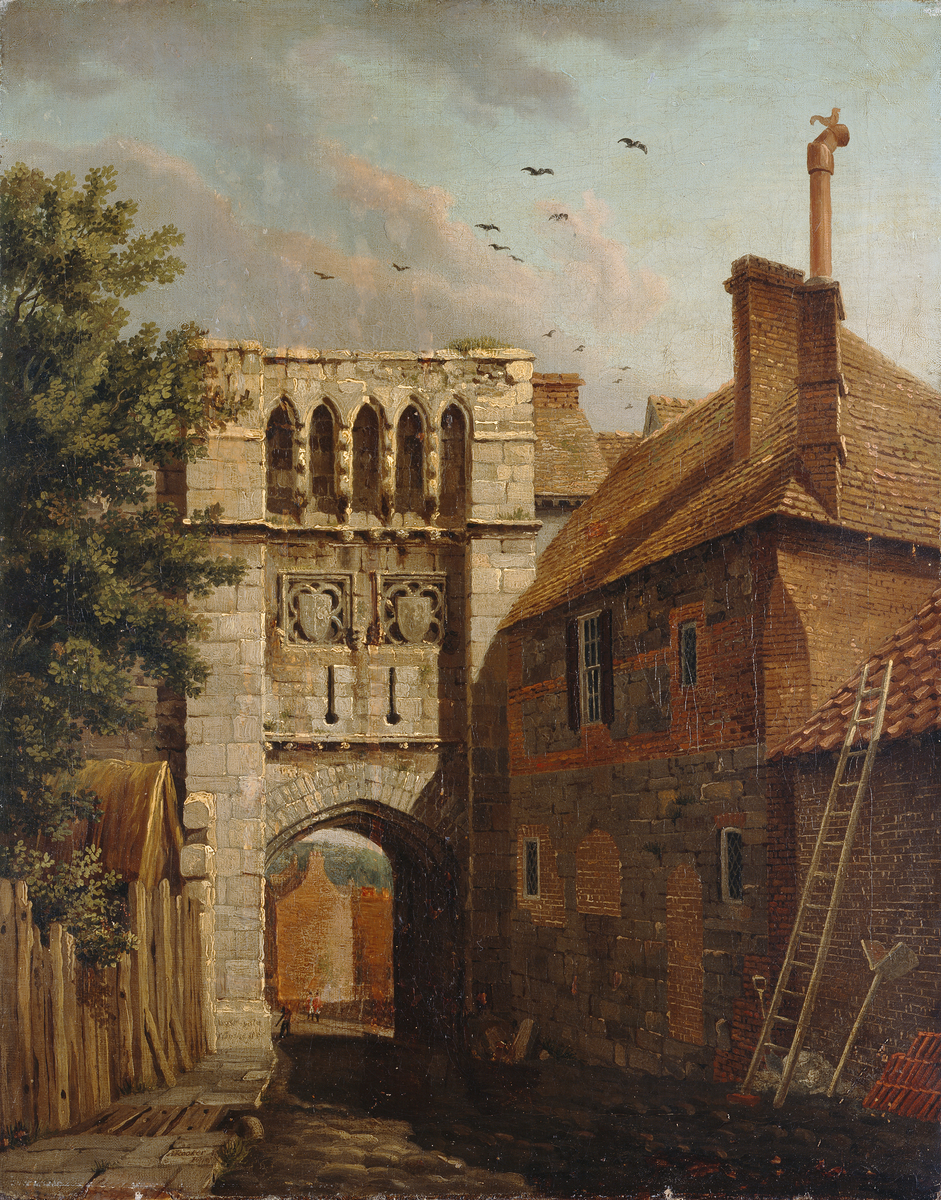 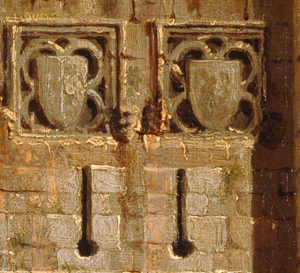 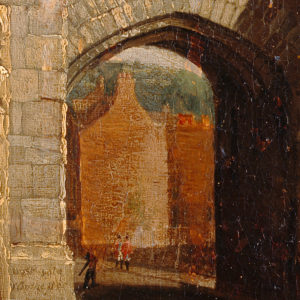 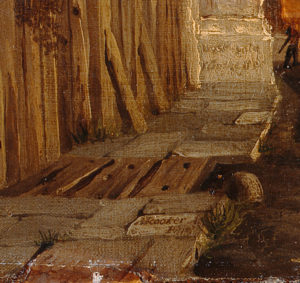 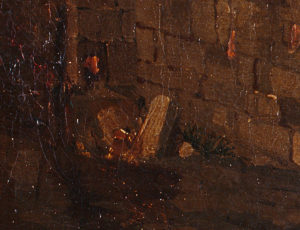 Michael Angelo Rooker (1743-1801) mainly worked in watercolours, so this painting is a rare example of his work in oils. He was attracted to painting historical monuments and this was in line with a widespread fashion for antiquity at the time. Born plain Michael Rooker, son of an artist, he was nicknamed Michael Angelo and the name stuck. For many years, he was the chief scenery painter at London’s Haymarket Theatre. However, he was discharged when, we’re told, he refused to help the manager of the theatre pay off his debts. He became depressed after losing his job and shortly afterwards died suddenly at home in his chair. His works were auctioned off, and made well over a thousand pounds, a good sum in those days. The English painter J.M.W. Turner, who admired his work, bought over a dozen of his paintings after his death.

You can view an audio-guided painting by J.M.W. Turner on this site “Snow Storm Steam Boat in Harbour Mouth”.