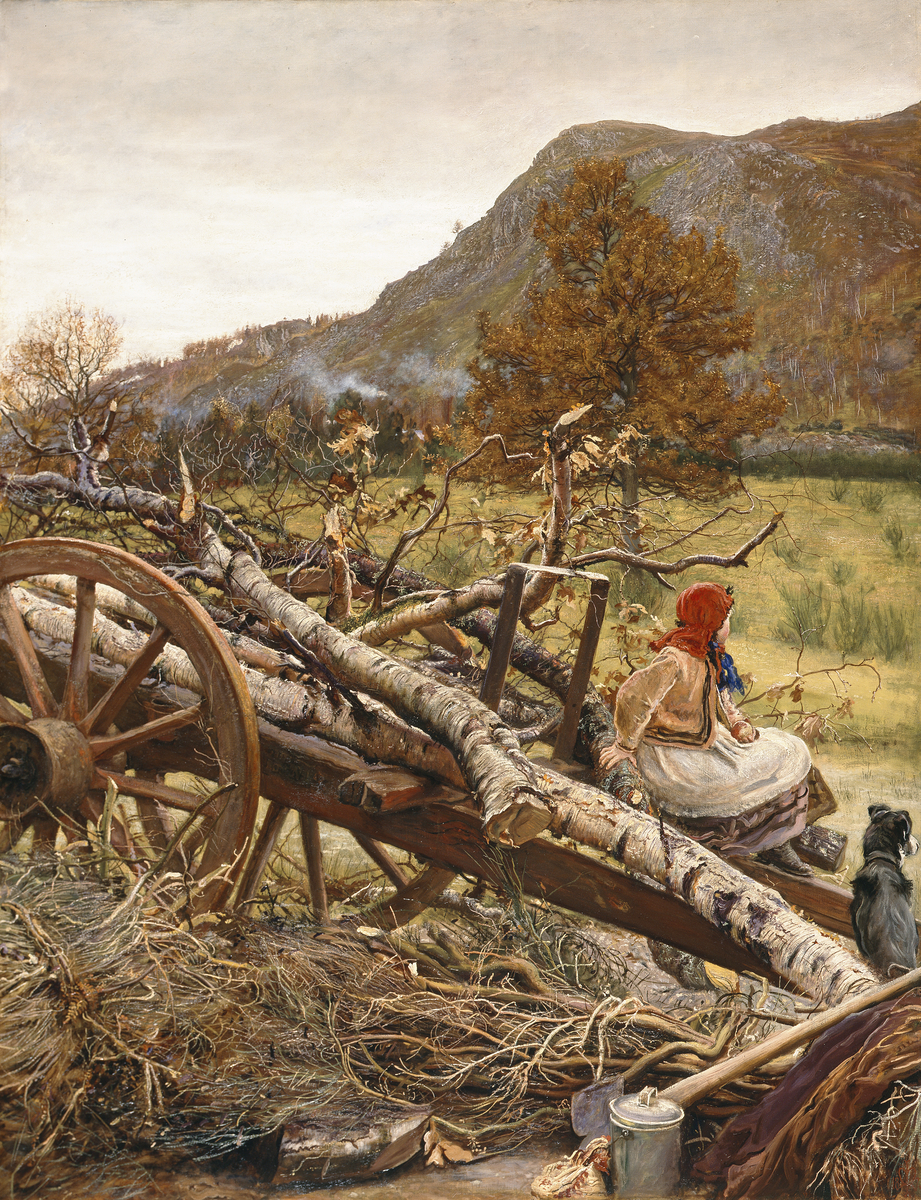 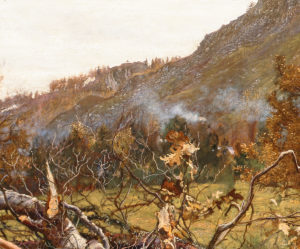 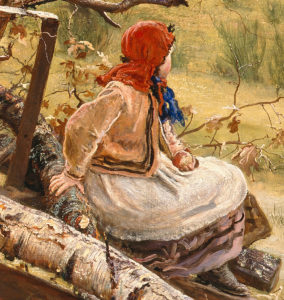 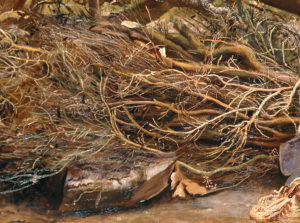 John Everett Millais (1829-1896), was an English painter and illustrator, and one of the founders of the famous Pre-Raphaelite Brotherhood. He was a child prodigy, achieving entry to the Royal Academy of Art at the unprecedented age of 11 before going on to meet and join forces with Dante Gabriel Rossetti and William Holman Hunt, co-founders of the Brotherhood.

His wealthy background and the unstinting support and influence of his mother gave him excellent contacts which helped his rise as a celebrated artist. His early style was admired and praised by the critic John Ruskin, whose opinion was much-respected by Victorian cultural society. Millais’ work at this time was intensely detailed, often showing the beauty and complexity of the natural world. Scandalously, Millais fell in love with Ruskin’s wife Effie whilst she modelled for him. Effie’s marriage to Ruskin had remained unconsummated after several years and she was desperate for it to be anulled. Millais married Effie and a large family followed.

Millais turned his style to a bolder and more populist approach, which some people scorned as a ‘selling out’ of his talent (and Ruskin descrifbed as a ‘catastrophe’), but which Millais probably found useful in supporting his growing brood.

Millais’ extremely successful renditions of children (such as ‘Bubbles’, used for the Pears soap advert), his illustrations, and his paintings of British history, made him a household name. Queen Victoria made him a Baronet, and after his death Prince Edward (later Edward VII) commissioned a statue of him to stand in front of the National Gallery of British Art (now Tate Britain).  His landscapes, of which this is a good example, represented a theme he would return to time and again during his career. Many were somewhat melancholy, chill or bleak, showing an interest in the cycles of nature. ‘Winter Fuel’ is a contemplative and atmospheric piece, painted at Birnam Hill in Perthshire, where Millais was living at the time. It shows a young girl seated with her collie dog on a cart, surrounded by branches of silver birch, oak, and brush-wood. In this piece, Millais’ style is much freer than his earlier dense and finely-detailed work, created using broad, loose, bold brushstrokes.

Other paintings by John Everett Millais